When the First Bank of Greenwich opened its branch at 500 Westchester Avenue in Port Chester, it was very personal for Frank Gaudio, President and CEO, because much of his family, including his mother reside there. Returning to the community he cherishes, enabled him to reunite with old friends and business colleagues, like Mr. Louis Larizza, who he has known for 15 years.

Mr. Larizza has whole heartedly supported the bank, as a community ambassador and newly appointed Chairman of New Business for the Greater Port Chester Area. He is also an active member of the bank’s Advisory Board. With Mr. Gaudio and Mr. Larizza, there is heart and soul in every project they take on. This mindset brings them together as unique visionaries and sets them apart from others in their respective fields.

Mr. Larizza is the founder, President and CEO of LAZZ Development LLC, where he continues to achieve great success as a real estate developer in Westchester County for over 35 years. He has served as both developer and builder, securing project approvals, financing, construction and marketing for affordable housing, retail strip shopping centers, custom homes, warehouses and Class A commercial office buildings.

As developer, Mr. Larizza has significant experience in working with the Westchester County Department of Planning using its HOME, NHLA, HIF, Community Development, and Section 8 funding programs. In addition, he has been selected as builder and general contractor in other projects with municipal and or non-profit sponsors. Included in this category are: HFA funded New York State (NYS) Tax Credit of forty-one, 1 & 2-bedroom affordable senior apartment building in Rye, a ninety-fiveunit renovation for the White Plains Housing Authority funded by HUD & NYS tax credits in White Plains and ten for-sale, affordable townhomes in Armonk. He has managed Section 8 assisted and tax credit rental housing as well as affordable and market-rate condominium projects within Port Chester, Rye Brook, Rye, Armonk and Pelham. He does all of this with precision and a bright smile.

Mr. Larizza is a caring member of his community. Having attend Port Chester Public Schools from Elementary through to High School, his roots in the community are deep. He has served in many capacities on various boards and fundraising campaigns, most notably as a Board member of Port Chester Housing Authority for 33 years.

A celebration took place at the bank’s branch on July 25th. In attendance were bank staff, Evan Corsello, Emily Newcamp, Kevin O’Connell, Judy Merturi, Pamela Cotroneo and Will Hanlon, along with two members of the bank’s Board of Directors: Bruno Gioffre and Bill Gallagher. Mr. Gioffre, a former judge in Westchester cited, “hometown banking with the sophistication of big time banking has returned to Port Chester, Rye Brook and environs.” Mr. Gallagher, owner of Summer Rain Sprinkler Systems, met Mr. Larizza when they were young boys on the streets of Port Chester and today, they remain close friends. 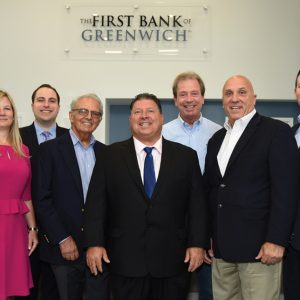 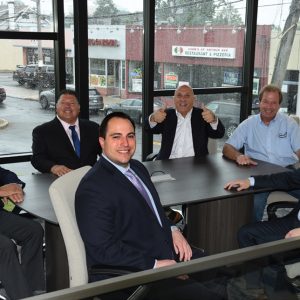 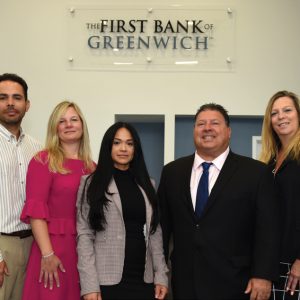 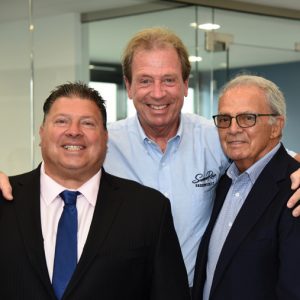